TIP: The search bar can help you find specific events. Try searching “online” to see a list of virtual events that you can attend from the comfort of your home, or search your city to find local events near you. 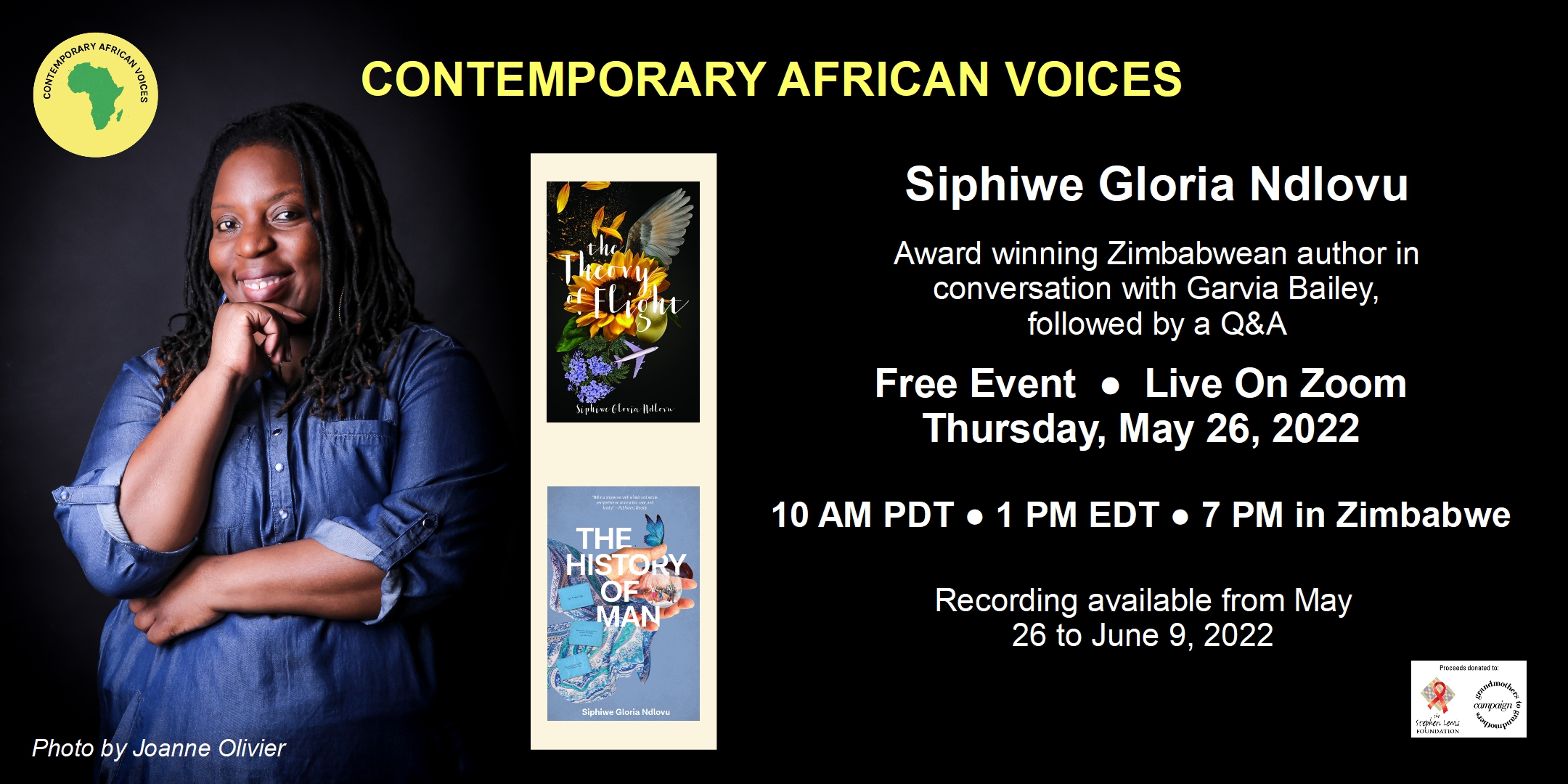 We are delighted to invite you to another Contemporary African Voices online event. We believe we come to know a country by reading its authors. This event is a fundraiser for the Stephen Lewis Foundation’s Grandmothers to Grandmothers Campaign which supports community-based organizations in sub-Saharan Africa who are turning the tide of HIV and AIDS. Thank you for your support.

Siphiwe Gloria Ndlovu is a writer, filmmaker and academic who holds a PhD in Modern Thought and Literature from Stanford University, as well as masters degrees in African Studies and Film. Her first novel, The Theory of Flight, won the Barry Ronge Fiction Prize in South Africa. Her novel, The History of Man, is the second book published in her trilogy. She was recently awarded a prestigious 2022 Windham-Campbell Prize which is administered by Yale University.

Garvia Bailey is a Toronto-based, Jamaica-born journalist, producer, broadcaster, and former CBC host who is inspired and driven by the power of sharing our stories.

Donations of $20 and more will receive a charitable tax receipt directly from the Stephen Lewis Foundation.